You are using an unsupported browser. Please update your browser to the latest version on or before July 31, 2020.

The region or boundary search doesn't do what I expect

If you have moved your camera, the region or boundary you originally drew may be in a different position than you expect. In the Search view you can select Show Region Zones from the View menu to display the region or boundary of the selected rule in red, as well as the center and bottom center of the moving object. This helps you understand why clips are included in your region rules.

When you are editing rules, you can click the arrows above the image to display images taken at earlier times. A current image from that camera is displayed on the right. Above it the text "Image From:" and a time range is displayed. This indicates an hour range from which the still image was taken. If the image from the current time is too dark to use, for example, you can click the arrows to the left of the time range to display an image from the previous hour. Keep going until you find an image that is suitable. 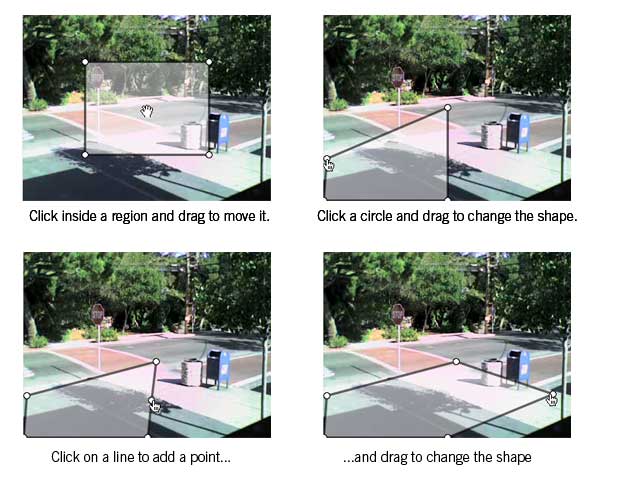 If you have not moved your camera, the following is a description of how regions work, and how they may behave differently than you expect.

Humans instinctively make 3D interpretations of 2D video images, you can look at an image in a video and (usually) interpret when a person is in front of something, or on top of something, etc. Currently, the application uses the center point of the bounding box around the object as the point that determines whether an object is inside a region, crossing a boundary, etc. As a result, cases that might create problems include the following: 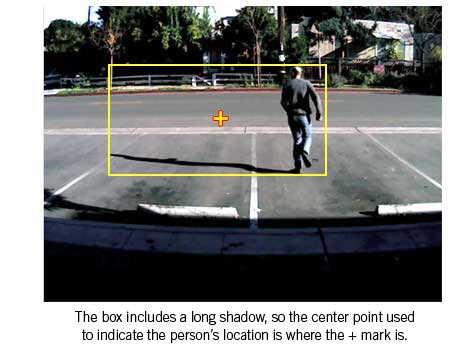 How to enable remote access
Rule Editor
How do I connect remotely using my web browser?