You are using an unsupported browser. Please update your browser to the latest version on or before July 31, 2020.

If there are clips generated by errors (clips labeled as people or objects when there aren't any in the scene), see support topics on improving general recognition and problems with night scenes. In addition, cameras with auto-focus can generate extraneous boxes because the sharpening and softening of edges is misinterpreted as objects appearing and disappearing.

If Sighthound Video is working accurately but you are still getting too many video clips, try to narrow your search by using rules that might more specifically describe what you are looking for. Some examples are described below.

For details on how to set up rules, see the section on the Rule Editor. 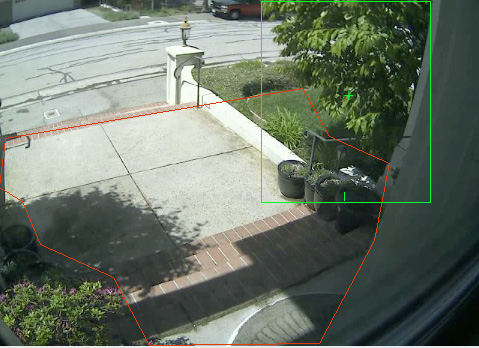 In the example above, a rule set to detect objects on top of the region includes the moving leaves of the tree (the vertical line on the bottom of the green box is within the red region). 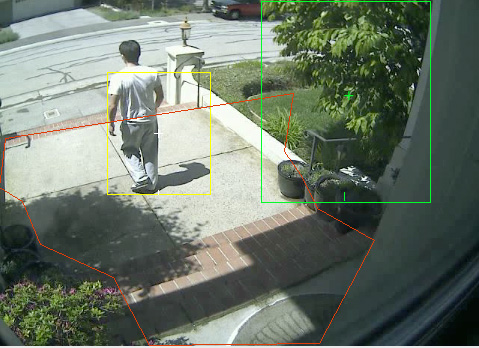 Modifying the region slightly eliminates clips with the tree (the vertical line on the bottom of the green box is now outside the red region).

Here are some examples of advanced use of regions:

How to enable remote access
Rule Editor
How do I connect remotely using my web browser?